According to the press, a confidante of the former Austrian Vice-Chancellor Johann Goodenus, after the scandalous talks in Ibiza, maintained contact with a woman who was falsely called "Russian," although she is a citizen of Latvia. 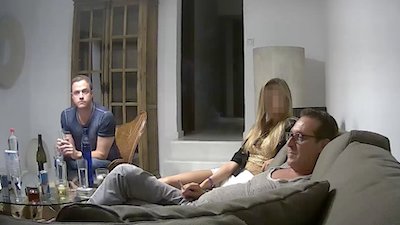 Gudenus claimed that there were no such contacts, but German media reported that they had received audio recordings of meetings between the politician and a man who spoke German and English and was a representative of the "Russian woman.

According to German media, a meeting was held in Vienna in August 2017. At it, the representative of the woman, whose real identity is not yet known, expressed his desire for "guarantees regarding this story with Strabag, which was discussed in Ibiza."

In addition, the parties communicated by email.

The meetings took place both before and after the evening in Ibiza, the media claim.

On Friday, German media reported that in July 2017, former Austrian Vice Chancellor Heinz-Christian Strache held a meeting in Ibiza with a "Russian woman" who said she wanted to invest a large sum of money in Austria. It was alleged that Strache allegedly offered the woman a secret deal, asking in return for financial assistance in the run-up to the elections.

The Ibiza-gate scandal was followed by Strache's resignation and the announcement of new elections for the Austrian parliament.

It turned out, however, that the woman in the video was not a Russian, but a Latvian EU citizen.