Why do people still prefer to watch classic movies on DVDs?

There is nothing best than a relaxing holiday with a classic movie playing. 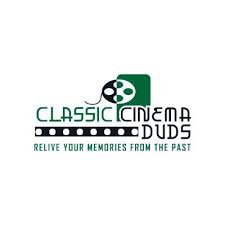 Due to the advancement in technology, where most of people have moved towards live streaming and digital downloads, film fans are still stuck with their DVDs and blu-rays as it is one of the major essentials for them. Blu-rays and DVDs have been around since 1999, and after their first launch, people used to believe that the trend of watching movies on DVDs will never getaway. And that is almost true, even after the popularity of digital media and streaming services, the game of DVDs is still getting strong in the modern era.

People still love to collect classic cinema DVDs to watch their favorite classic movies; therefore, DVDs are more likely to remain a significant part of this modern industry even in the age of streaming. A few years back, it was more common among all the classic film lovers to present classic movies DVDs as a gift to people who love movies. But today, streaming services have displaced the sales of DVDs and Blu-rays because many people have shifted to Netflix, Amazon Prime with a large number of streaming services that offer thousands of TV shows and films for a certain amount of monthly fee.

However, for all huge movie fans, classic cinema DVDs are still superior to all streaming services in almost every way because when you own a DVD, it helps you develop an emotional connection with that movie, which is impossible to replicate with live streaming. When it comes to the quality of sound and picture, physical media is matchless. There is nothing best than a relaxing holiday with a classic movie playing. Even the people of the modern era should not stop watching classic movies because it brings numerous benefits, which are mentioned below.

Watching a classic movie is more likely to get know-how about the history lessons while enjoying an interesting story. You can watch movies according to your interest like World War I or II because there are various movies created on these wars' history. The directors and writers of classic films already knew how to create time pods on celluloid in order to provide you with a three-dimensional understanding of the history of the world.

In classic movies, it is usually hard to get the accents of many actors who tried to pull it off before a certain language coaching. Their accent was not British, and it was also not American, and even it was not in between. You can call that accent a “general Vicinity Accent” as it fits into various dialects. Most of the people try to learn it in order to sound worldly.

One of the most significant parts of watching classic movies is that they make you understand how to be human. Classic movies were not as gritty as the latest movies. Instead of showing difficult relationships, steamy sex, mental illness, and drug abuse, they tend to imply them.