“The Descendants,” the film from Alexander Payne (“Sideways”), is a subtly drawn portrait of the ambiguities which make up real life. 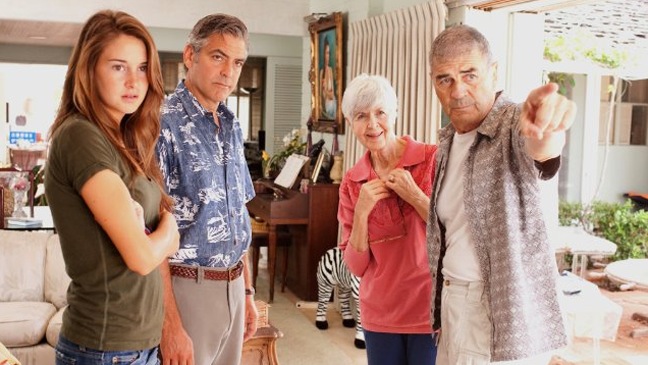 “The Descendants,” the film from Alexander Payne (“Sideways”), is a subtly drawn portrait of the ambiguities which make up real life. Beautifully acted, it doesn’t opt for easy answers and leaves the viewer with at least a few questions. You can watch this film free with ip location org app.

Matt King, played to perfection by George Clooney, is a descendent of a marriage between Hawaiian royalty and American missionaries. His otherwise orderly life has just gotten messy and is about to get messier. King is a successful attorney with a beautiful, vivacious wife and two young daughters, Scottie (Amara Miller), 10, and Alexandra (Shailene Woodley), 17.

As the film opens, King’s wife, Elizabeth (Patricia Hastie), is three months into a coma following a boating accident but King’s attention is really on a family deal in which the descendants of that marriage 150 years ago – “the Cousins” - are preparing to sell the 26,000 acres of pristine land on Kauai entrusted to them. The doctors manage to get King’s full attention by telling him that the coma is irreversible and, per Elizabeth’s wishes, it’s now time to pull the plug.

King has already been struggling with his youngest daughter as she reacts to her mother’s long hospitalization. He fetches Alexandra from her expensive boarding school on the Big Island only to learn that Alexandra is the keeper of a huge secret, that Elizabeth was having an affair. While Clooney is being hailed as a shoe-in for an Oscar nod, Woodley gives a star turn which should earn her one as well.

As Elizabeth’s lover turns out to be both married and the buyer’s broker in the sale of the family land, King’s life becomes even messier.

“The Descendants” is the quintessential “slice of life” film. It presents an intimate and comprehensive look at a few weeks in the life of Matt King. Yes, it’s a particularly dramatic and trying few weeks but there’s nothing neat about this package and that’s what lingers with the audience. The questions aren’t easily answered in this stunningly shot film. No matter how raw the emotion, relationships are not resolved. The film starts with a close-up look of Elizabeth as she bucks the waves in what are presumably the last few ecstatic moments of her adventurous life. It ends with her ashes being scattered in the ocean.

Ultimately, it’s impossible to even know whether King is a hero, a victim or a villain. Sure, in the end, he decides for the pristine land and against its conversion into yet another tourist haven. But does he make that decision because it’s the right decision to make or does he make it because it’s the best way to get back at his wife’s lover?

“The Descendants” is an intellectual joy which asks as much from the viewer as it gives.