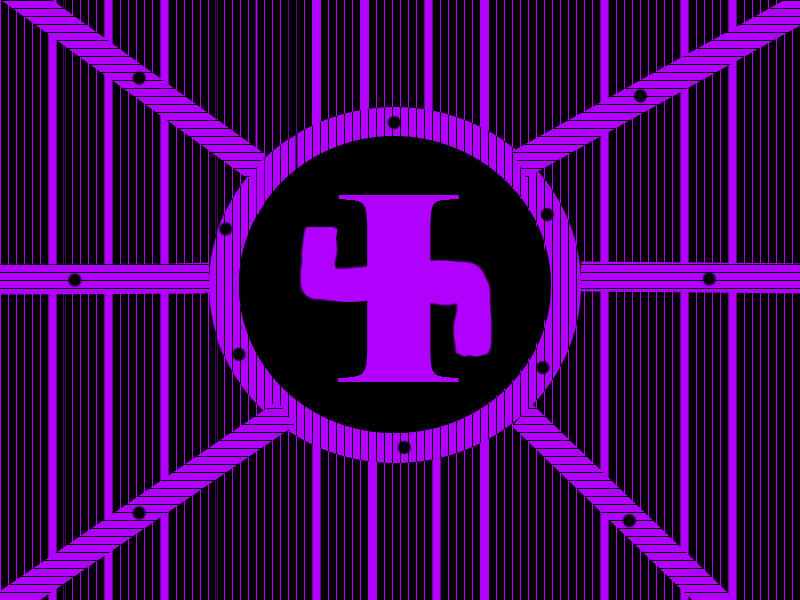 If my philosophy would be more recognized, then it shall have the following symbol to present it; a symbol which also appears (in the color of grey) in my printed books’s front: 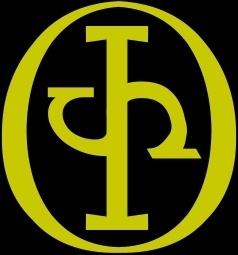 In a blog I used to write in my native language, I wrote an article regarding this symbol and the meanings behind it. In this post I shall attempt to rewrite it (I skipped over the initial article’s introduction because I find this post’s introduction sufficient enough):

Some people asked me what is the meaning behind this symbol, and did not know why it appears on my books. Well, this symbol has a number of meanings:

“What are monastic happiness and love? These are emotions which are raised within us not from ambition or passion, but out of accaptance and humility. Since they are available by freedom from other beings and other people, they are thus have the right to be under the title: “Individualism”. Since monasticism/asceticism is something to be done alone with a certain detachment, they are allowed to be under one headline, which is “Solitary Individualism”

(Taken from Bread, Water and Book, my third book to be printed).

The lone column standing in the center is actually the letter I, with a horizontal S passing through it. These are the first letters in Solitary Individualism. From this aspect the circle surrounding it has no meaning.

“And these are the next lessons the Indie-Solitaire ought to learn on their quest for wisdom and independence: they must know to remain in their place regardless of bless or curse, avoid unnecessary interference to be depend upon them, and finally - acquire the merit or the flaw which is the ability to be hurt - absorb but not be absorbed, to carry but not to be carried, rule without being ruled”

(Taken from Solos Dinus: A Practical Guide for Solitary Individualism, my second book to be published)

This is the more philosophical meaning which this symbol carries. The letter I serves a role of a strong and stable column as the letter S, which resembles movement, goes through column, but it remains unaffected - stands on its ground with inner might.

The circle which surrounds the column and the wind can be considered as a protective wall/shield which isolates them. It can be the limit of the human consciousness, or the limit of the physical body, which corresponds Solitary Individualism’s argument that we are distinct and physically separated beings. From that it is possible to conclude that the movement inside the circle is the column (or the individual)’s inner experience - the various urges which does not affect the column nor prevents it from standing on its opinions and beliefs. The column is the master of its own self.

“[The society based on Solitary Individualism)] is a society in which its individuals are aware that there is a reason for their lives which is more than just searching for pleasure and avoiding suffering, and that is to learn from pain and not overly praise pleasure. It is a society where the emotional involvement between the individuals is not particularly high, but stands on the point of necessary. A harsh, strict yet disciplined society is of a kind that values honor and wisdom the most, and not competitiveness nor romantic love”

The column, according to this aspect, symbolizes the columns which were common in the more ancient societies such as in the Greek and Roman civilizations, something that can remind us the ancient philosophies (I add that this philosophy was partially inspired by Stoicism) - the enlightenment, the human intelligence and the culture.

The circle can resemble the various social, romantic and unmoral seductions and temptations which threaten the Indie-Solitaire monk. It can also resemble the boundaries which the “column” used as fortifications in order to set itself free from a tyranny of enslaving passions that may try to move it out of its standing.

“As stated, Solitary Individualism claims that there are two main unions in the individual, which are not necessary ethical nor unethical, religious or irreligious, philosophical or psychological. One is private and evolutionary - the nature, and the second - socio-ideological (A.K.A socially shared) or individualistic and distinctive - the consciousness”

If we to grant Solitary Individualism a psychological meaning, then the letter I can symbolize the self in the center - the rational and powerful super-ego, while the letter S can symbolize the id-ego, which consist the impulse system of the letter O (it can be considered both as a circle and a letter) which can serve as the general ego, which contains within both rationality and the enduring alongside the dynamic inner drives and impulses.

In an Indie-Solitaire vocabulary, the letter/circle O can symbolize a super-vision by us into ourselves, or a “thought above the thought”, or in other words, meta-cognition.

In conclusion it is possible to see that this ideological symbol contains various of meanings which can be up to interpretation by the beholder. Among the core values in which the symbol indicates are: stability, rationality, asceticism and seclusion, which can serve as key words for the readers in Indie-Solitaire writings.